Where are we working

The Eastern Gangetic Plains, which include the Nepal Tarai, Bihar and West Bengal regions, is one of the most densely populated, poverty stricken belts in South Asia. Behind this persisting poverty are deeply entrenched social structures of class and caste, with a high incidence of inequitable landlord-tenant relations. This is combined with poor access to irrigation water in the dry season, limited irrigation capacity and low agricultural innovation. Earlier research in the Indo-Gangetic basin established the interactions between poverty and access to water. At present technical, social and economic constraints have limited the effective use of groundwater and ponds for irrigation, and large areas of land remain fallow during the dry months. Access to year round water for irrigation would significantly promote the productivity of agriculture, improving incomes and food security. Marginal and tenant farmers, youth and women are the target set of farmers who could benefit from a new approach to irrigation provision.

The project will use a participatory action research (PAR) approach, engaging in a process of collaborative research with stakeholders to provide viable solutions to problems. This will include a technical and socio-economic assessment of the impact and adoption of different interventions. In depth case study research from Bangladesh will be used to guide this analysis. This will culminate in the piloting of interventions in two villages each in Nepal (Saptari), Bihar (Madhubani), and West Bengal (Cooch Behar) with the collaboration of both government (ICAR, DOI, UBKV) and non-government (Sakhi, iDE Nepal, CDHI, BRRI) partners. 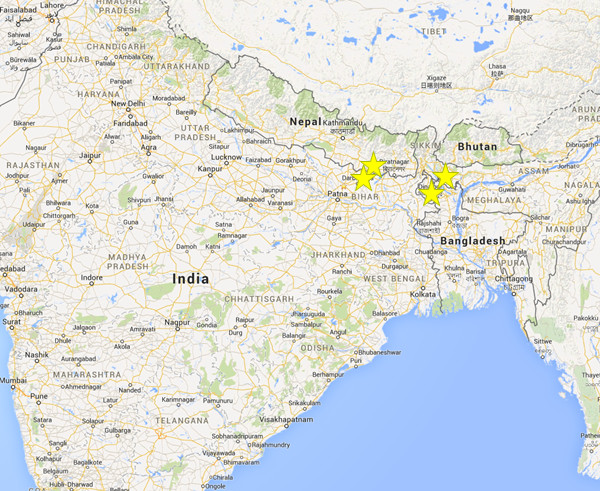