The International Commission on Irrigation and Drainage hosted their 8th Asian Regional Conference in Kathmandu, Nepal from May 2-4. The conference theme was “Irrigation in Support of an Evergreen Revolution” and attracted approximately 600 national and international delegates. The DSI4MTF project was well represented as the project team delivered three papers.

Erik Schmidt from USQ presented an overview of all the work that has been undertaken in the DSI4MTF project. Bhesh Thapa from IWMI presented comparative work on the assessment of various water application methods for dry season agriculture in the Eastern Gangetic Plains (EGP). Mike Scobie from USQ presented a paper outlining the development of the project’s smart apps for data collection and decision support focusing on the DSI Irrigation Scheduler tool. The project sessions were well attended and generated productive discussion on both technical aspects as well as bigger picture direction of the work.

Read through the 8th Asian Regional Conference Proceedings to learn more about the conference. 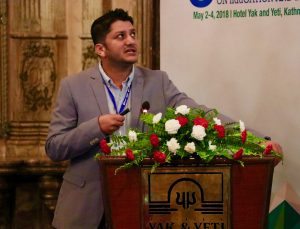 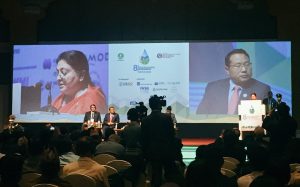 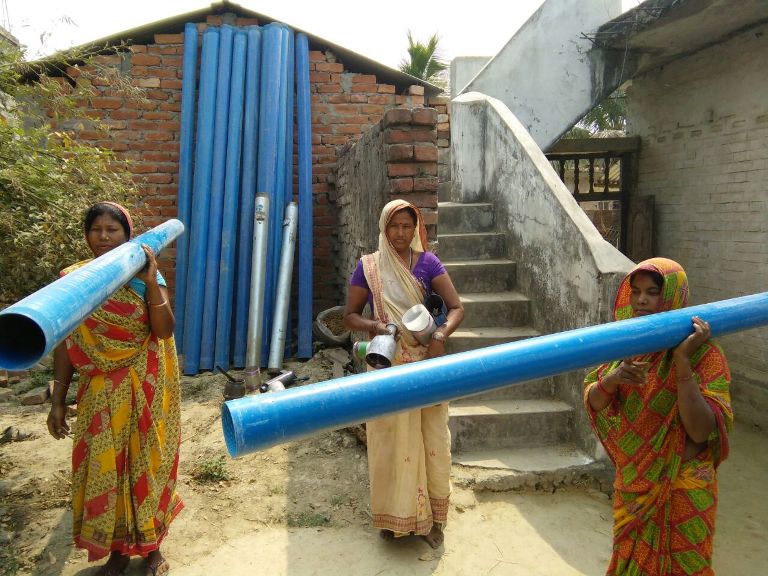 DSI4MTF farmer groups in the Saptari district of Nepal installed new shallow tube wells in their communities. Both farmer groups – Koiladi and Kanakpati – received the new shallow tube wells after filing a request for them with the District Agriculture Development Office (DADO) as per the notice published by the Ground Water Resource Development Board (GWRDB). GWRDB Naktajhij decided to provide two sets of shallow tube wells to both DSI4MTF sites and to pay for their installation costs. The community groups, however, will have to bear the cost of changing their type of pump (diesel or electric) and meter if necessary.  Both farmer groups have already been given the boring material. In each site, farmer groups are expected to conduct meetings soon to decide where to install the new system and how to fund maintenance, electrical costs, fuel costs, and operation costs.

This article was prepared by Water Resources Engineer at iDE, Rabindra Karki. 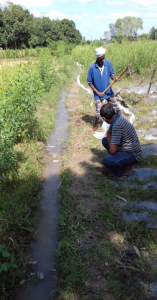 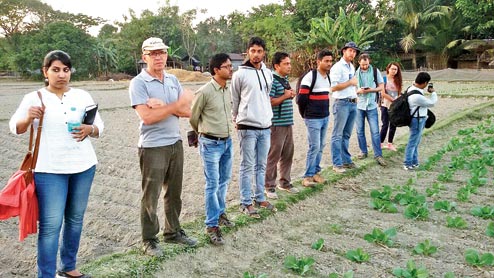 DSI4MTF partners convened in December for its 3rd annual meeting to discuss how to upscale and out-scale positive aspects of the project, how to better engage stakeholders, and how to find linkages between different project sites – located in Nepal, Bangladesh, and Bihar and West Bengal, India.

The meeting served as a moment to reflect on how to strategize giving back meaningful information to farmers following the project’s data collection and interventions. West Bengal’s The Telegraph highlighted DSI4MTF’s annual review meeting in “Australian farm project takes root.”

Link to a brief video of meeting reflections can be found here: https://youtu.be/vjfPLSfh6ww

Meet Janaki, our project field assistant in Saptari in Nepal. Janaki has been working hard in the DSI4MTF project to collect a range of biophysical data. Each week she collects rainfall and evaporation data to help us understand the changing crop water and irrigation requirements. She is also responsible for collecting data on the depth of water in the village tubewells and ponds so that we can assess the seasonality of the ground and surface water resource.

An update from the field in Saptari at the midpoint of the project shows that there have been significant changes to the way farmers in the intervention villages are cropping in the dry season. These changes are increasing production and allowing farmers to make more profit from each field.

The blend of social and technical interventions have prompted farmers to work together to grow high value vegetable crops without major interruption to the traditionally cultivated staple crops.

The enthusiasm from the farmers can be seen through their attendance at group meeting and training events on topics including collective farming, group management, governance, gender, seed preparation, fertiliser management and vegetable production.

Irrigation System Performance assessments were recently conducted in Saptari (Nepal). These assessments investigated the Distribution Uniformity on the drip and micro sprinkler irrigation systems, and the performance of the micro-solar and electric pumps. These assessments are important to help the farmers manage their water and energy use.

Ensuring that the system is operating evenly and efficiently keeps the operating costs associated with irrigation to a minimum. This video shows the farmer groups participating in the data collection to help them understand the importance of system maintenance and matching irrigation application with crop water requirement.