Collective farming has been often written-off as irrelevant in the 21st century – yet a new model of collective production has the potential to revolutionise smallholder irrigated agriculture and gender empowerment in the Gangetic plains. The project Improving Dry Season Irrigation for Marginal and Tenant Farmers in the Eastern Gangetic Plains was subsequently developed, with financing from Australian Centre for Agricultural Research (ACIAR).

India’s Bihar state has for decades remained one of the most peripheral corners of South Asia, and deeply inequitable landlord-tenant relations have long blocked the technological and irrigation development in agriculture in this densely populated region. In Bhagwatipur of Bihar’s Madhubani district, close to 27% of farmers are tenants, renting all their land from others under sharecropping arrangements, where the landlord retains half of the harvest. A further third of households rent part of their land from others. Investments in irrigation are essential to build resilience to increasingly erratic rainfall and to extend cultivation into the dry months for food security. However, a lack of capital, marginal holdings and tenure insecurity act as a considerable constraint for tenants in accessing water, while for any investments which are made, the landlord retains half of the increase in output. In this context, male out-migration is increasingly an essential component of household livelihoods.

Under the leadership of the University of Southern Queensland and IWMI, and with the support of the Indian Council for Agricultural Research (Patna) and Sakhi, the project was initiated in late 2014 and initiated its pilot farms in Bhagwatipur for the winter dry season in November 2015.

This site describes excellent progress by the project team in Madhubani to mobilize existing smallholders and for shared training, irrigation and marketing, and another collective models of farming. 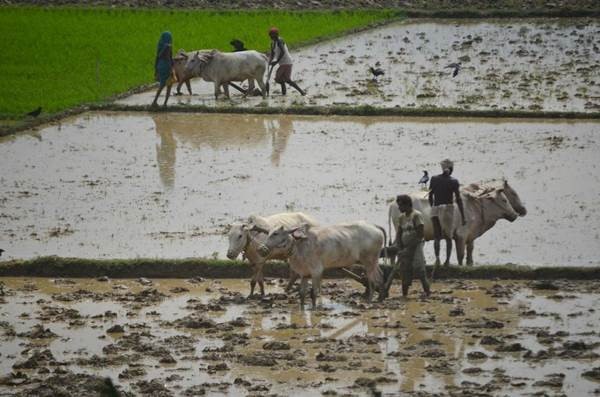