A gender-sensitive approach to dry season irrigation: Piloting a participatory gender training for farmers in Saptari

In all project sides in the Eastern Gangetic Plains, we observed gendered divisions of labor in agriculture, as well as gendered norms in the villages on speaking up and mobility, which hinder women to take up tasks. Within this context, how can the groups work effectively as groups, being aware of those gendered restrictions?

Our aim was to develop a participatory gender training for our farmer groups in which farmers are sensitized to discuss these “gender issues”. Based on prior field work, we noted the need to raise awareness on gender roles and gendered behavior and how this influences the adoption of DSI4MTF interventions and trainings. Further we saw a need to increase farmer group interaction and empathy through discussions on collective support and increasing the willingness to mitigate the gendered division of labor within the groups. Lastly, we aimed at promoting bargaining skills which equip farmers to confidently negotiate with their group members and others in cases/management of conflicts.

The objectives of the gender training for farmers are:

Based on these objectives, we developed, piloted, modified and implemented a gender training twice in Khoksar Parbaha and Koiladi, Saptari, in the Eastern Terai of Nepal. The training was tested with both male only (1 group), female only (2 groups) and male and female (1 group).

The training consisted of 3 activities and 2 discussions:

The following pictures illustrate our experiences during the gender training. 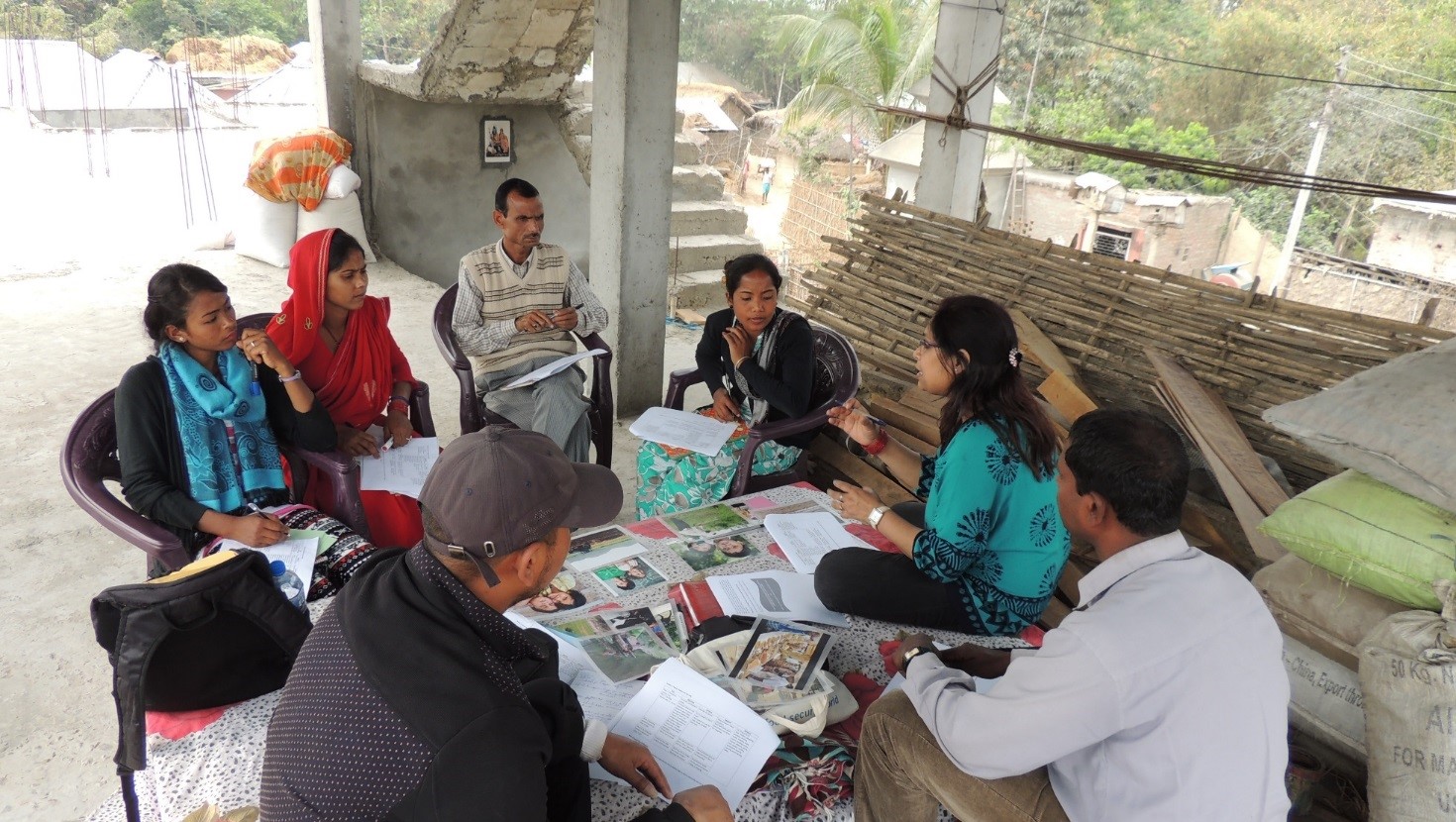 Briefing the support facilitators on the training structure

“Girls care for their parents when they are old, work hard and are birth of Laxmi (the Goddess of wealth), that means they will bring wealth” Activity 1: Boy or girl? – Understanding our own and our community’s constructions of gender, and that gender roles are already changing in agriculture in the last years and decades 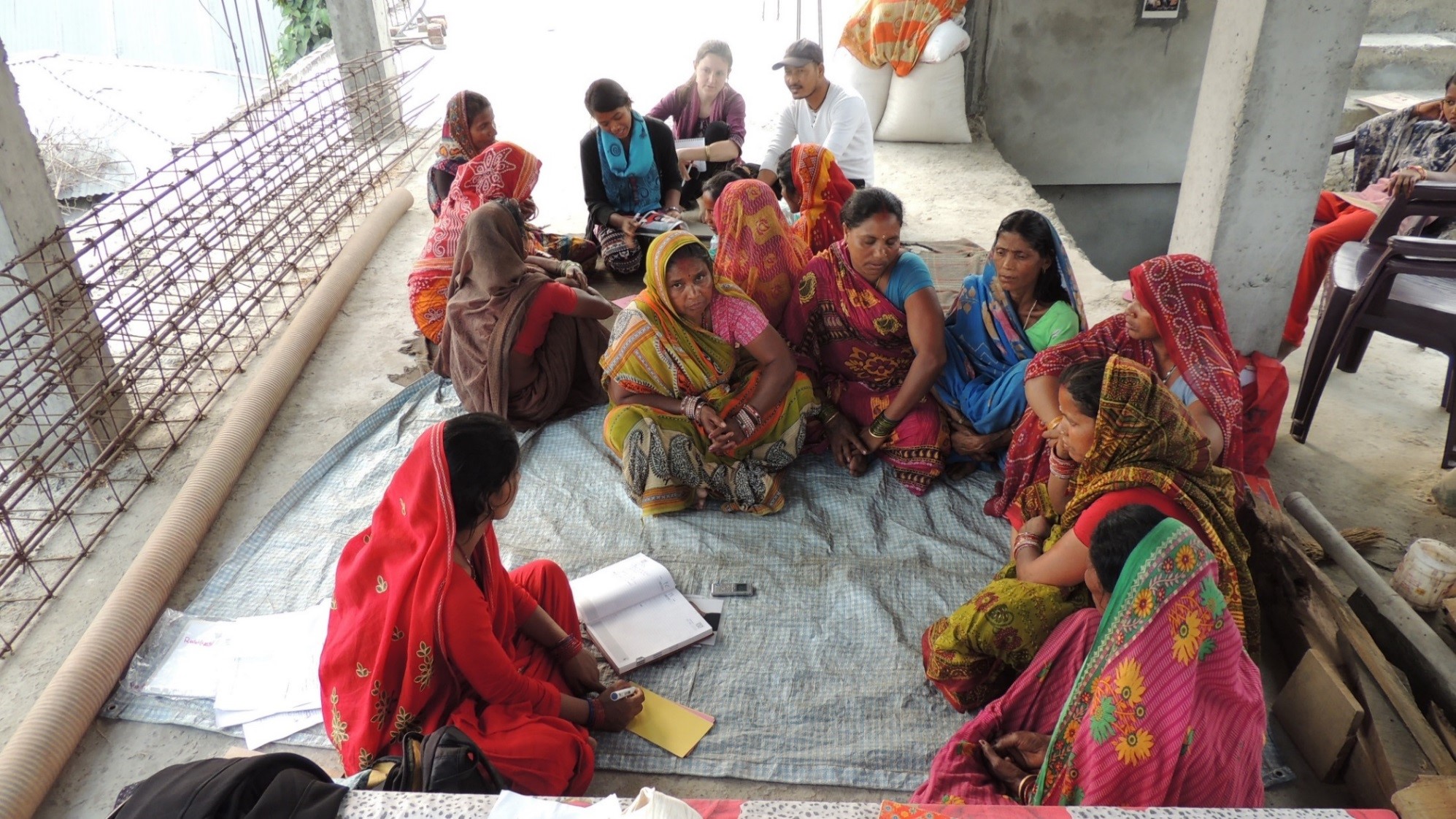 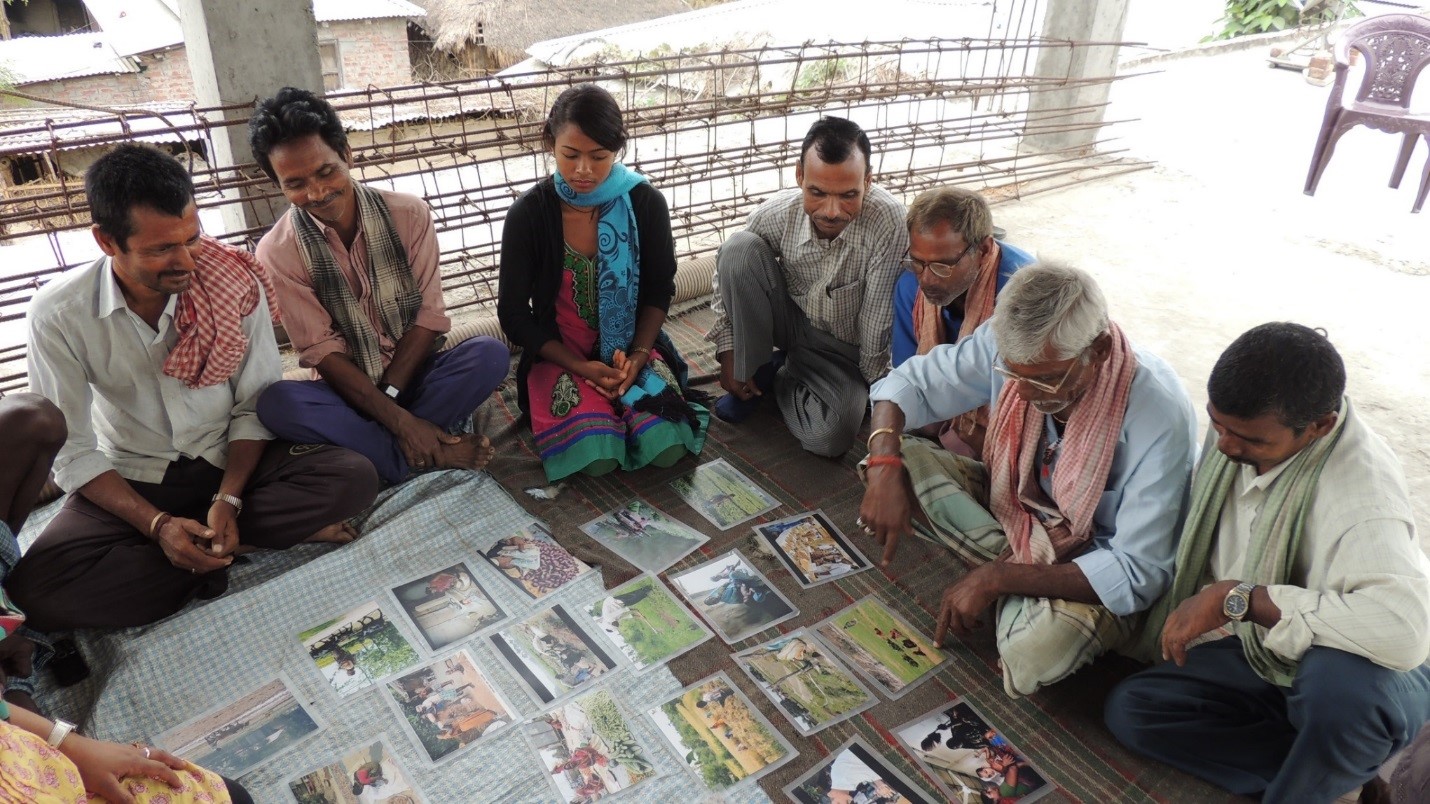 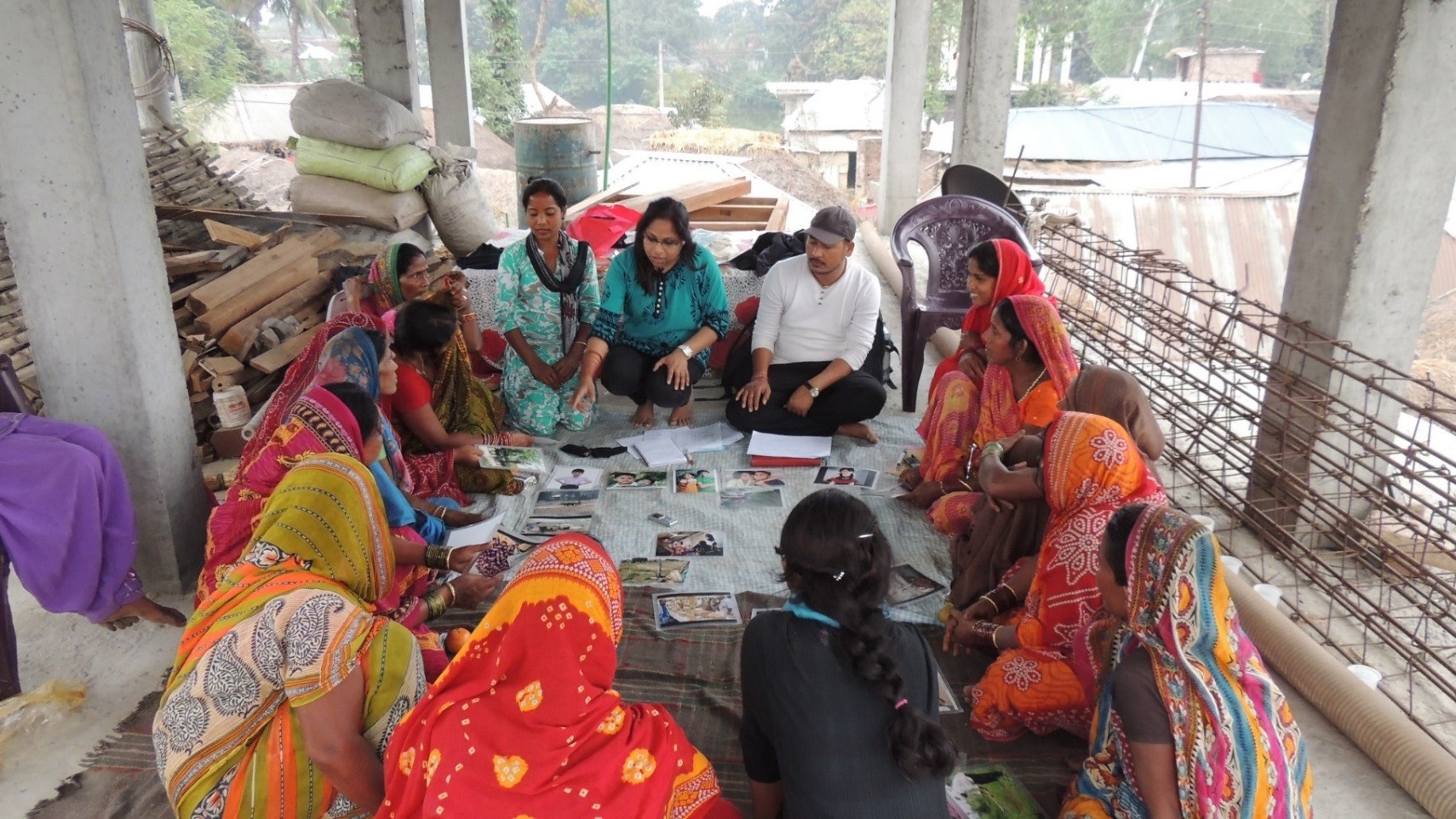 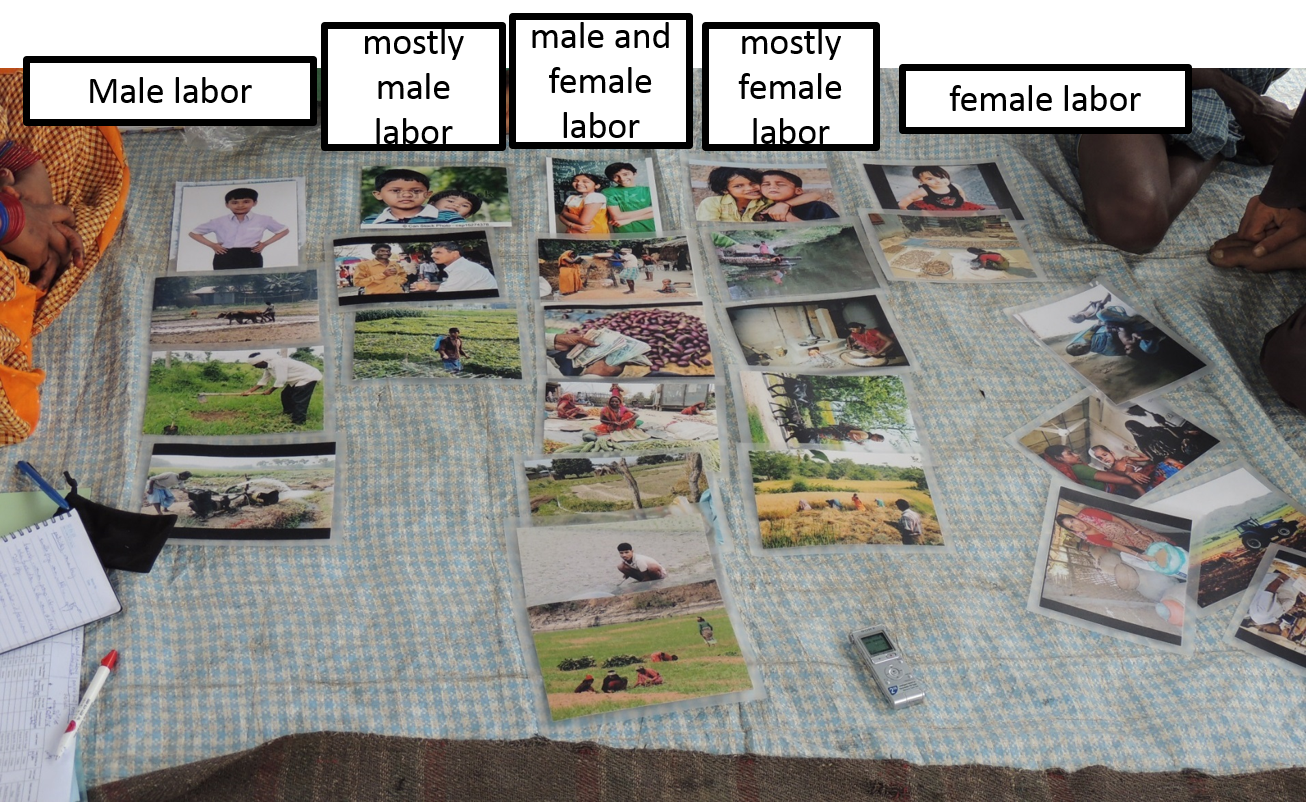 Whose task is it to dig, to irrigate, to transplant, to harvest, to take care of the elderly, to cook, to buy seeds….? Every farmer chose one picture, described it and placed it along the gender position bar, giving a reason for their choice. 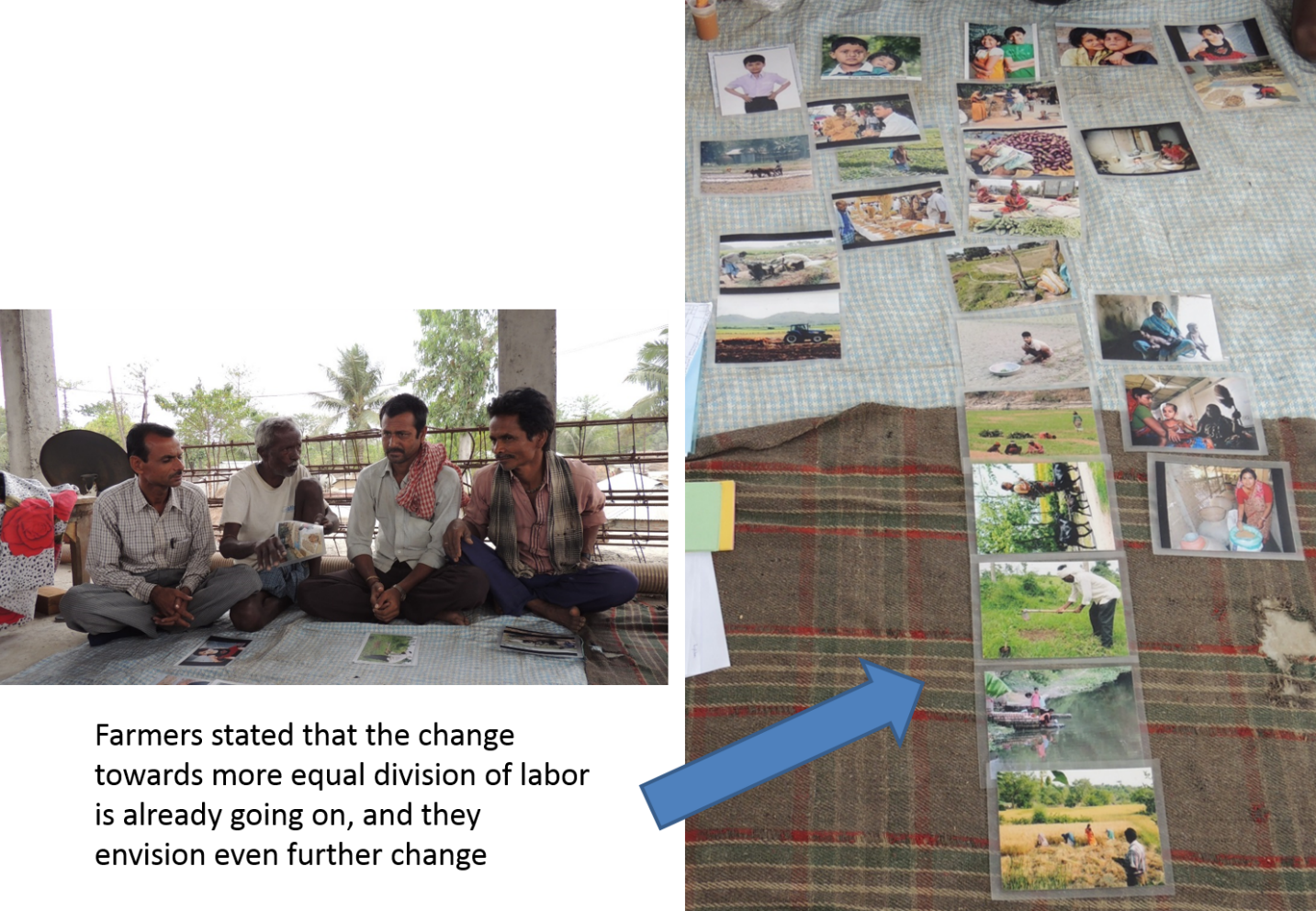 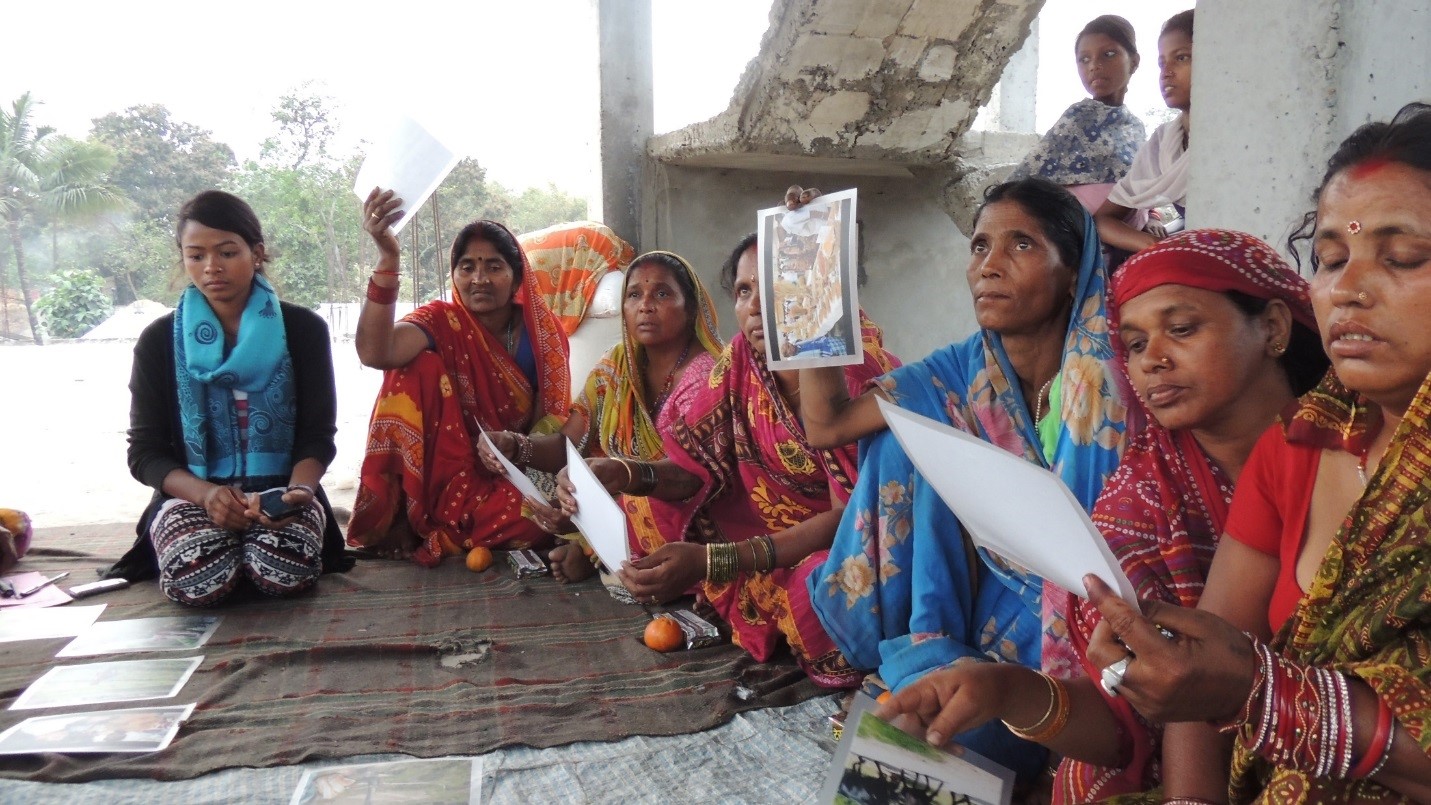 A participatory approach means that every farmer is encouraged to express her or his views – we ensured this with the help of pictures. That way it was at one point every farmer’s turn 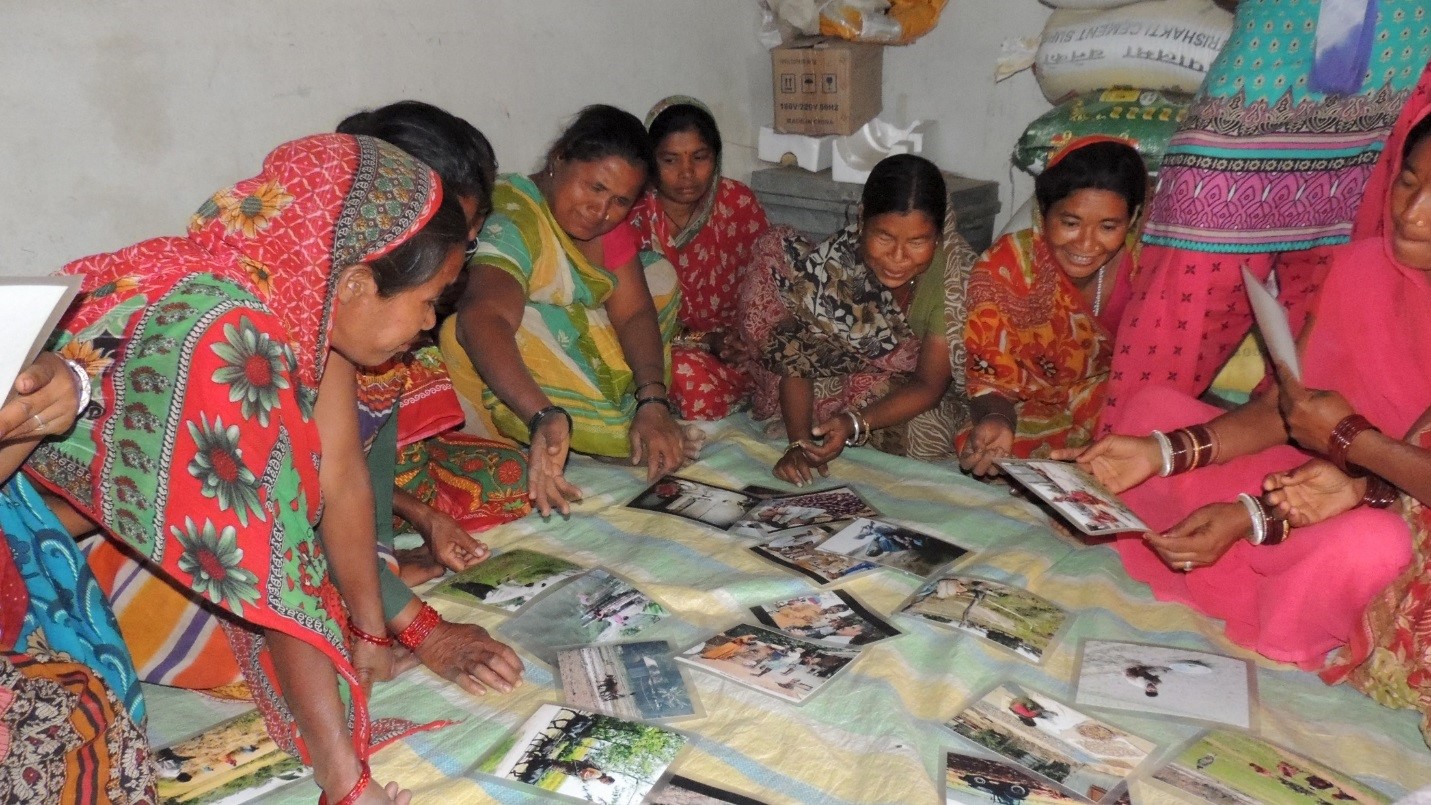 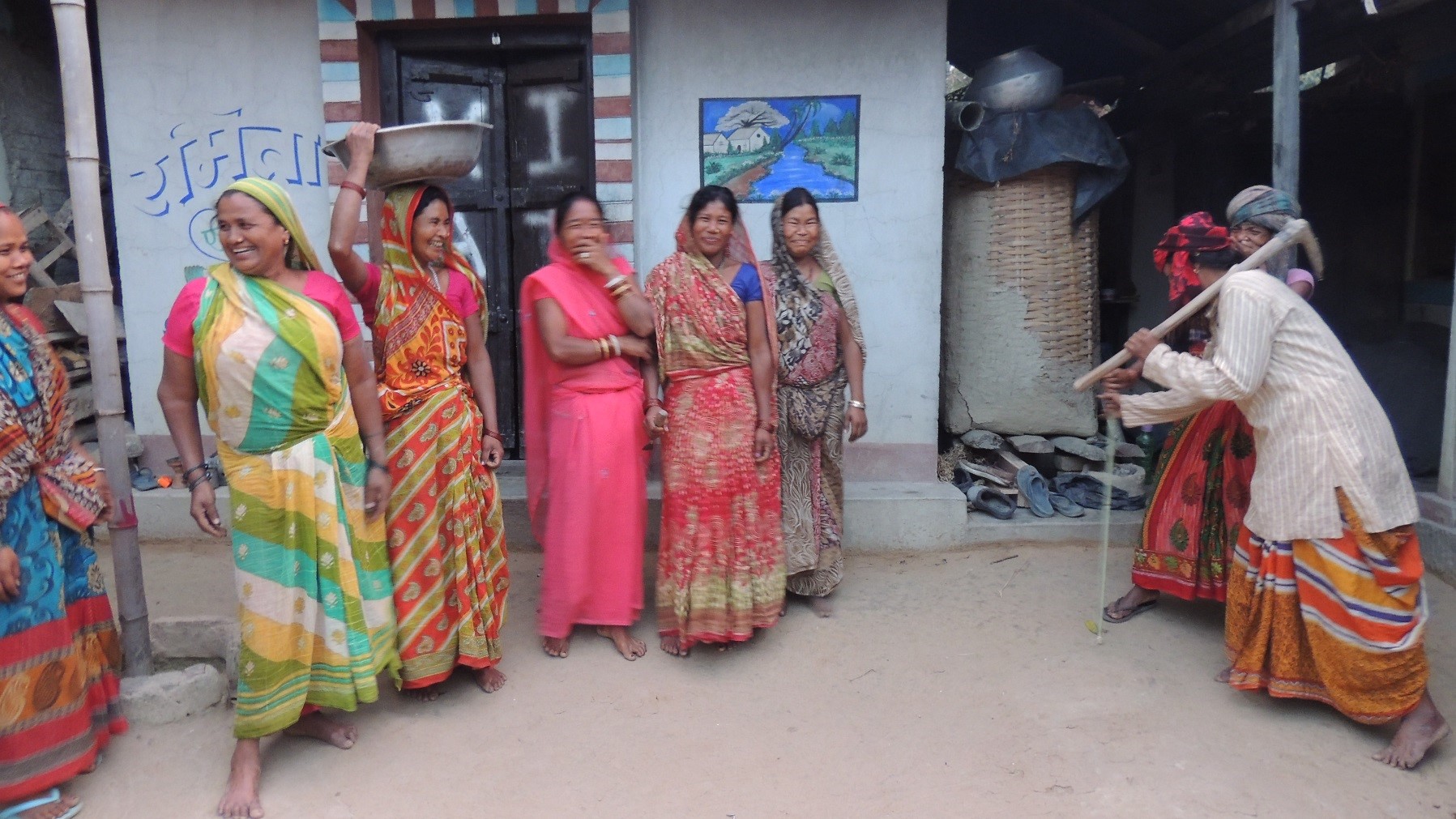 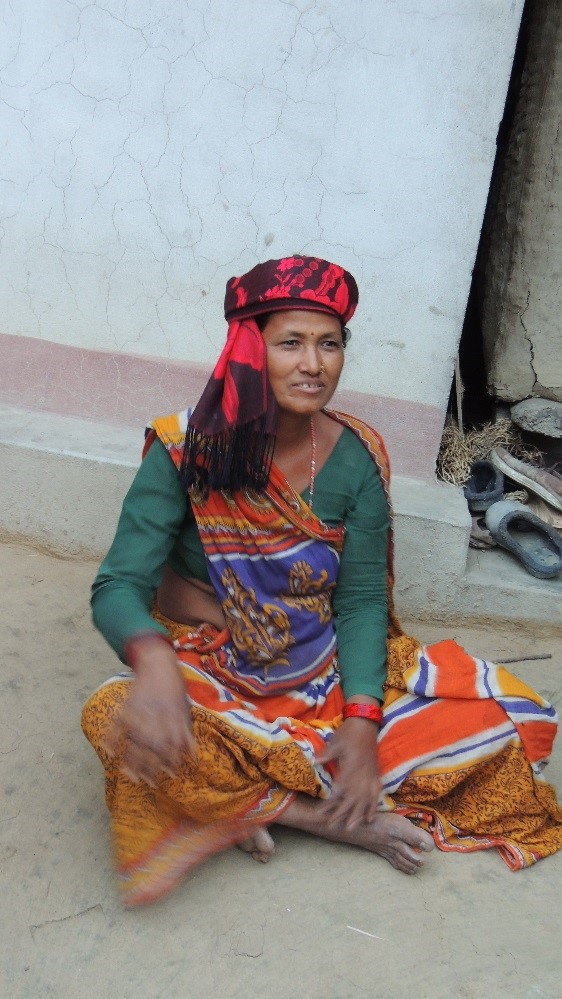 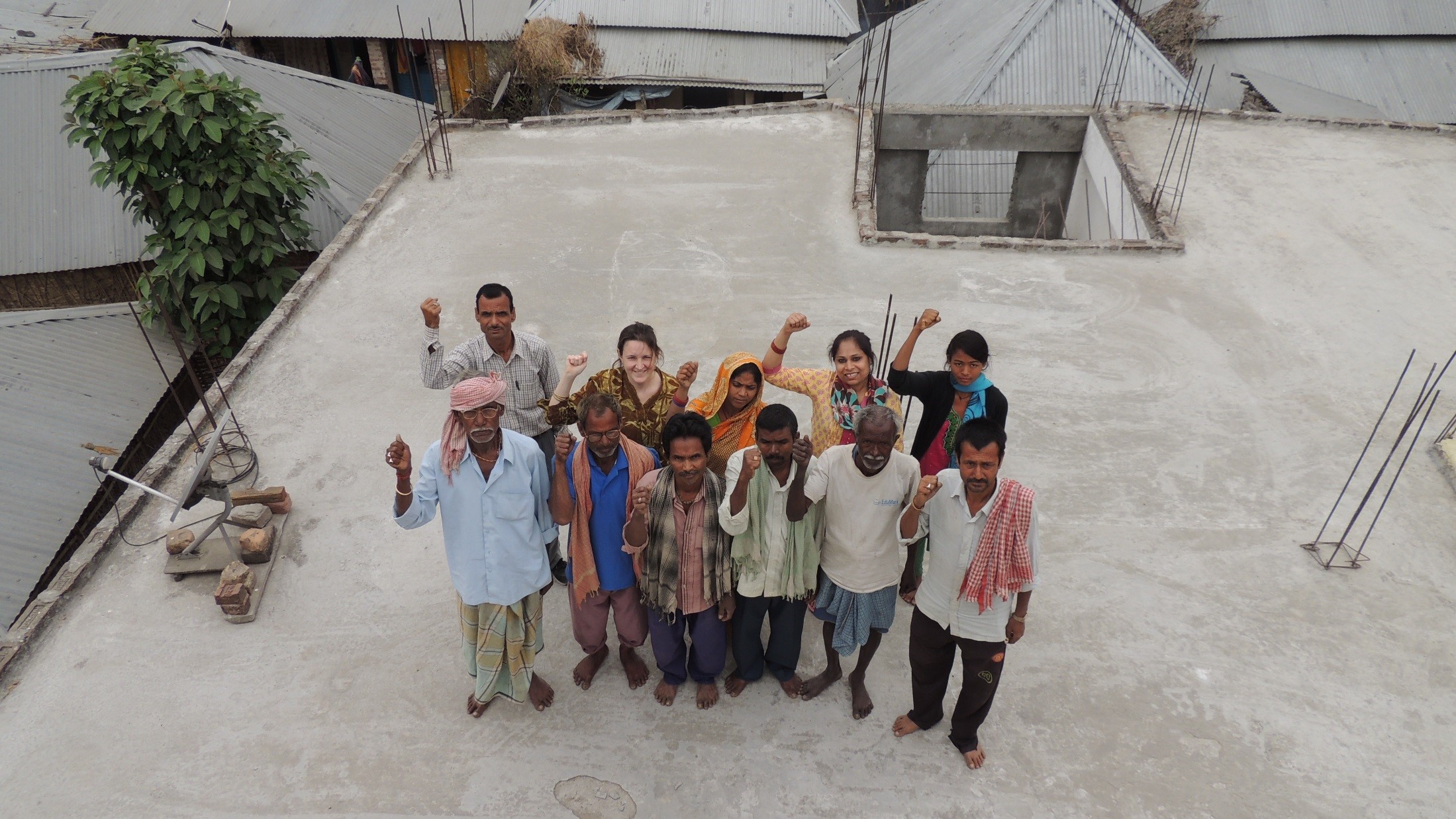 Female farmer group in Koiladi after the training