DSI4MTF project’s former project coordinator from Nepal, Dipika Das received John Allwright fellowship 2016, Australia awards. Every year, the award is given to few potential candidates contributing to ACIAR projects globally. The fellowship let her pursue PhD at University of Southern Queensland in Australia. Being part of the project has given her opportunity to grab the scholarship and lead her career development once she has dreamt for. She is native of Eastern Gangetic Plain and getting involved in DSI4MTF research work helped her to deeply internalise the constraints and potential of small farmers. Especially the women who are changing the existing gender norms to participate in agriculture. Her PhD now focuses on exploring the ways to support smallholder women farmers to sustain in the competitive agricultural value chain and establish food security. 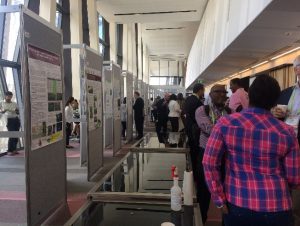 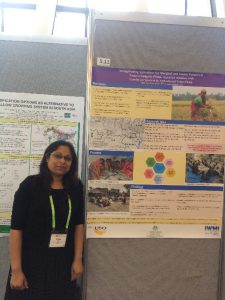 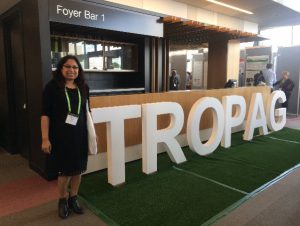 Recently Dipika received a Crawford Fund 2017 to participate in TropAg Conference 2017 Nov 20-22. She presented a poster, based on the research work conducted for DSI4MTF project in Saptari.   The poster titled, “Strengthening agriculture for marginal and tenant farmers in Eastern Gangetic Plains: agrarian relations with gender perspective in agricultural value chain” and demonstrated broadly the project operation activities in the Saptari site.

TropAg is the world’s leading international tropical agriculture event bringing together the best in research and innovation, across plant, animal and food sciences. The conference theme this year was High impact science to nourish the world. The event held in Brisbane attracted more than 700 delegates from 50 countries. Good number of interest was created by the poster presented.

Her further research will be carried in the DSI4MTF project sites in Saptari and Madhubani.

You are currently browsing the DSI4MTF blog archives for December, 2017.