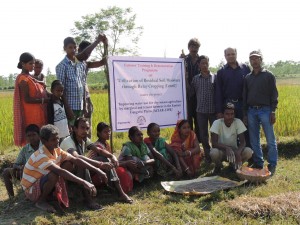 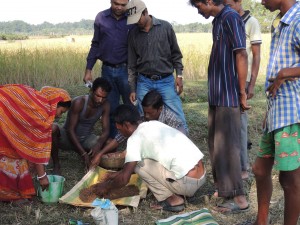 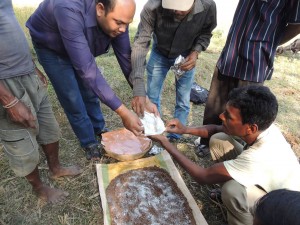 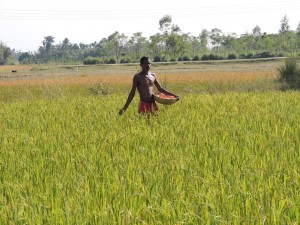 Farmers’ training and demonstrations were held in the project sites of West Bengal on 13-14th November, 2015 on use of residual soil moisture through relay cropping (rainfed paddy-lentil). The farmers were given hands on training on seed preparation and sowing of lentil in standing paddy fields. The interventions were taken up at two sites in the two villages of West Bengal. The idea of this trial is to best use the residual soil moisture which was present in the soil due to delayed withdrawal of monsoon. Due to crop overlapping after paddy the second crop can be harvested in shorter duration and with significantly less irrigation water. The legume crop is also a good choice for crop rotation for enhancing soil fertility. As part of this trial soil moisture contents will also be regularly monitored to assess the need of supplemental irrigation, if required.

You are currently browsing the DSI4MTF blog archives for November, 2015.